We had a very busy week. On Monday we went to our girls' group meeting. As we were leaving the house, I saw this: 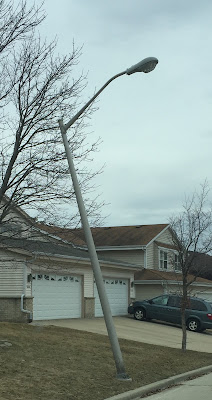 I had to call the city to get it fixed and was happy to see they had taken it down by the time we got home. 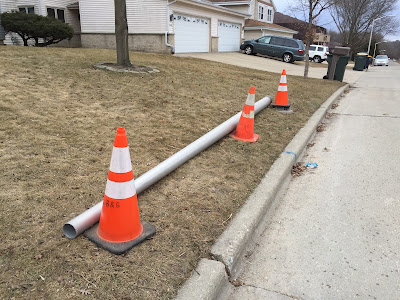 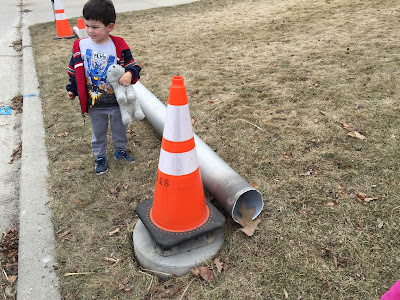 Tuesday we spent the morning at Discovery World for their Homeschool Days. Each of the oldest three took a class: Cecilia took The Living City on building cities, Felicity took Dominating Domes and helped build a geodome, and Elizabeth took Nature's Strongest Shapes which focused on the hexagon and building structures. The younger three and I hung out playing. 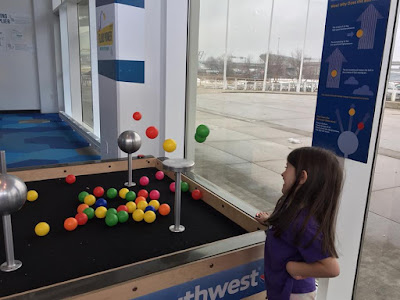 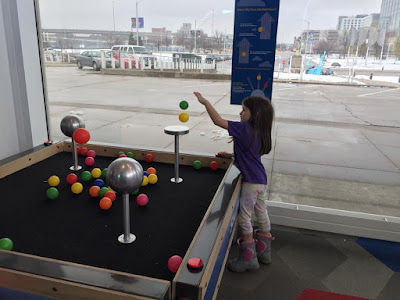 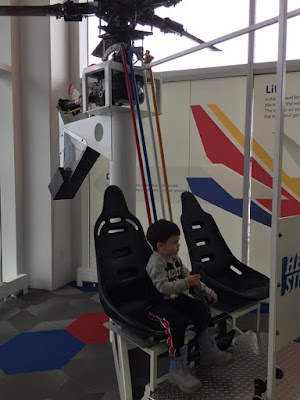 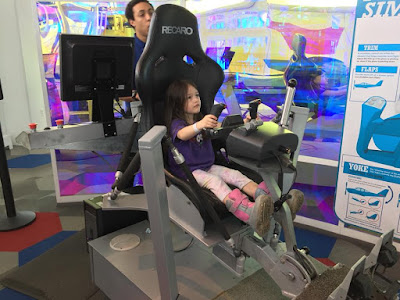 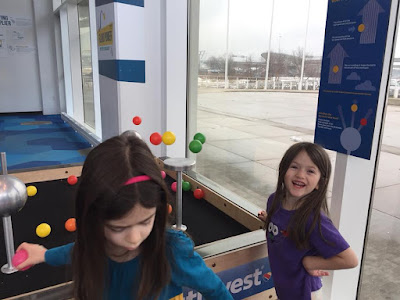 After we got home, Teresa and I did her religion lesson about the Passion and practiced the Act of Contrition and then the older girls and I read the 21st chapter of Matthew. Then we read Mike Venezia's El Greco and looked through Sebastian Schütze's Caravaggio: The Complete Works before watching an episode of Raiders of the Lost Art on El Greco. And, naturally, we had to excitedly watch as they put up the new light pole: 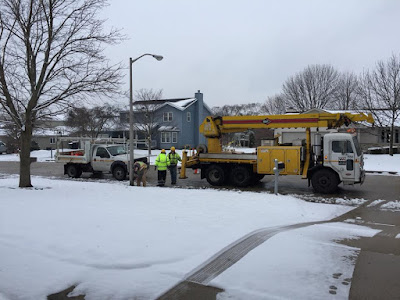 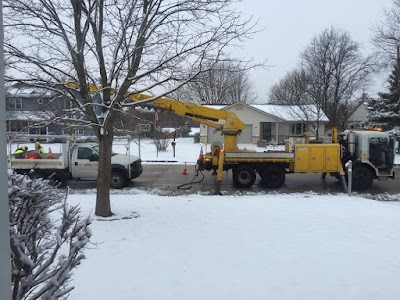 Wednesday began with Felicity sick, so we cancelled our plans for the day, took it easy, and focused on schoolwork. We read our Zoology lesson on Fish, read through DK Eyewitness: Fish and Wish for a Fish before watching episode 3 of Planet Earth on shallow waters. I also finished decluttering the basement. The whole basement took me a week and a half, but it was a lot better and totally worth it. Here are a few before and after photos. 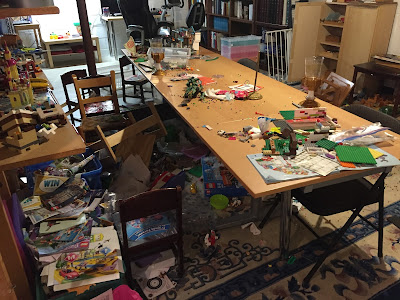 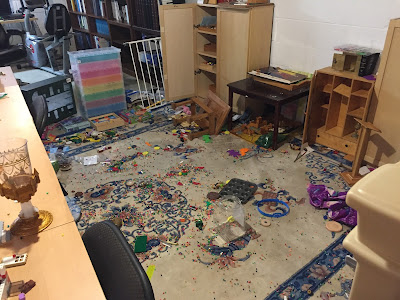 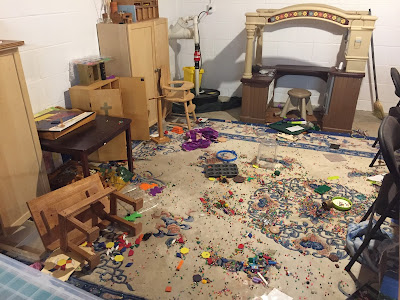 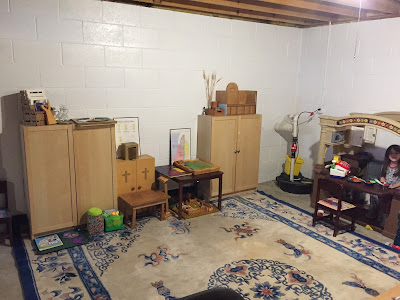 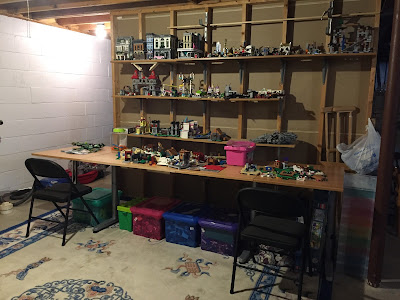 Not surprisingly, the kids were eager to make use of it. Thomas even pulled out the atrium altar set and began ringing the bell for "Church time!" 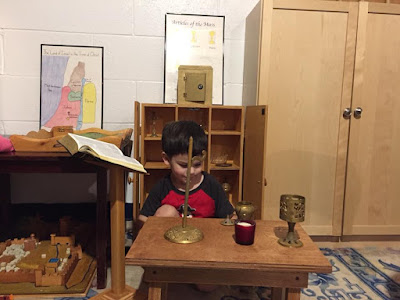 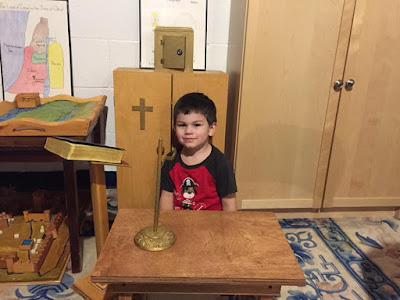 We caught up on school work on Friday and I took my Glucose test and we took it easy over the weekend as more people got Felicity's cold.

On Monday, Teresa and I did her next lesson on the resurrection, practiced her Act of Contrition and did a practice of Confession. The older girls and I read through the 22nd chapter of Matthew. We also began reading St. Ignatius of Loyola by F. A. Forbes and read about St. Francis Xavier and St. Francis of Loyola in Saints: Lives and Illuminations.
On Tuesday we read about Copernicus and Galileo in Story of the World and read Nicolaus Copernicus: the Earth Is a Planet by Dennis B. Fradin. Cecilia also read Along Came Galileo by Jeanne Bendick.
Wednesday we read Hark, A Shark!, DK Eyewitness: Sharks and lesson 7 in our Oceanography text on Sharks and Rays and finished  St. Ignatius of Loyola.
Thursday and Friday we finished up book work and took a tour on how they make cheese! 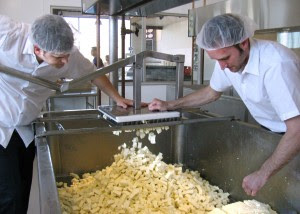 I also cleaned and decluttered both our bedroom and the girls' bedroom, adding 8 grocery-sized bags of garbage/recycling and about 8 file-sized boxes worth of donations to my Lenten total.

I'm not sure if the kids or I am more ready for Holy Week/Easter break... one more week to go!

Posted by Katherine at 3:25 PM