May was a busy month but, as I was coming closer to the end of my pregnancy, it made sense to try to get as much of the remaining school work for the year done.

So, in the first 2 weeks, we worked ahead to finish all our religion for the year. The older three and I finished reading the Gospel of Matthew and read F. A. Forbes' St. Vincent De Paul followed by a viewing of Monsieur Vincent. Teresa and I finished her religion lessons including the Eucharist, the Ascension, Pentecost, the Church, Mary, the hierarchy, and Heaven.

We also finished all our science for the year, including lessons on Cephalopods, Echinoderms, Cindarians, and other interesting aquatic life. We also read The Magic School Bus on the Ocean Floor and watched Planet Ocean (which I found very disappointing and would not recommend), Blue Planet, and episode 11 of Planet Earth. We also enjoyed watching Disney's 20,000 Leagues Under the Sea.

And I made a valiant push and we finished our history for the year with a unit on William Shakespeare. We read Diane Stanley's Bard of Avon: The Story of William Shakespeare, Michael Rosen's Shakespeare: His Work and His World, and Aliki's William Shakespeare and the Globe. Then we watched a documentary on youtube about the original pronunciation and how it would have effected the understanding of the play and another on the remade Globe theater in Great Britain. Then we read Bruce Coville's Romeo and Juliet and watched Franco Zeffirelli's Romeo and Juliet (fast forwarding through the nudity) and West Side Story. We watched Elizabeth Taylor's Taming of the Shrew and Kiss Me Kate. Then we read Coville's MacBeth, Twelfth Night, A Midsummer Night's Dream, A Winter's Tale, and The Tempest. Then we watched the 1980 BBC's The Tempest before reading Coville's Hamlet and watching Kenneth Branagh's Hamlet. All in all, I think it was a nice introduction to Shakespeare. Elizabeth loved West Side Story and they all thought Elizabeth Taylor was hysterical. I learned about a few new plays myself, though Hamlet is still my favorite.

Basically, we finished religion, science, and history for the year and about 6 weeks earlier than I had initially planned but expecting a new baby made it worth it. Teresa also finished her English and Phonics for the year and Brigid got to Reading Lesson 95... so close!

We also got a fair amount done outside. I got the monkey bars up, which we hadn't put up in 4 years... they've grown a bit since they were up last. 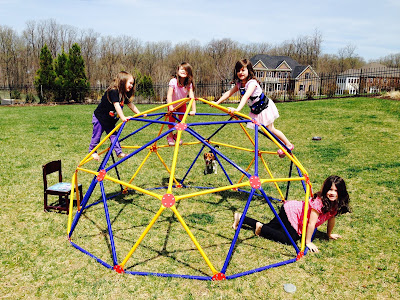 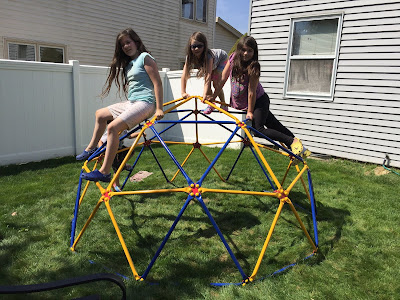 And we got stepping stones put in from the back door to the spigot so we could turn it on and off without wearing shoes and without fear of stingers. 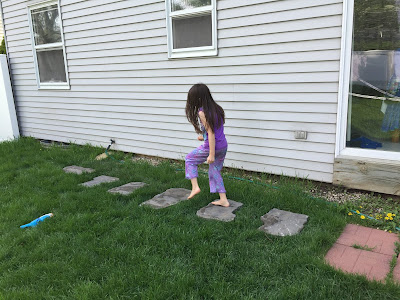 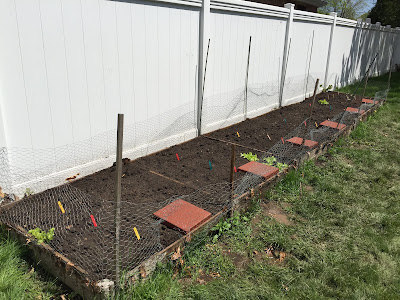 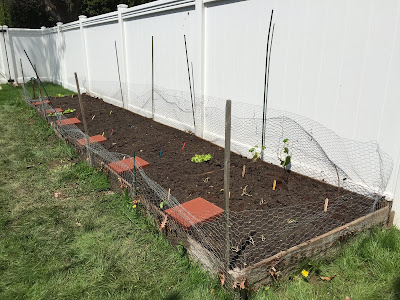 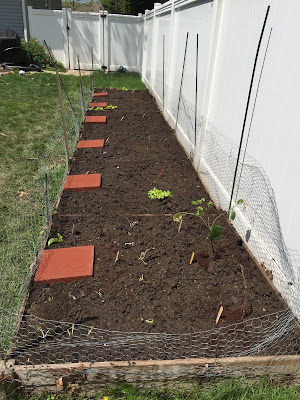 We planted pumpkin, cantaloupe and watermelon in 1 bed on the end so if they do well I can pull their vines away from the rest of the garden towards the gate. Then the others have corn, squash, potatoes, sweet peppers, onions, broccoli, cucumbers, lettuce, tomatoes (big and small), carrots, blueberries, raspberries, grapes, strawberries and garlic. I also have two small boxes I drilled holes in the bottom for drainage and planted chives, basil, and lavender.

I also planted an hydrangea behind the gate and began our hopeful Marian Garden with a new rosebush! 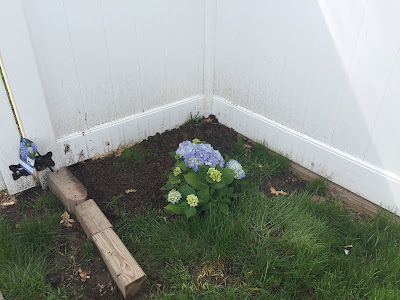 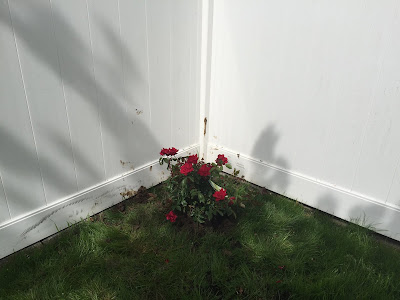 We still have book work to finish for the year (math, reading lessons, spelling, and english) but, thankfully, have a much needed week off coming up and at least have completed our group subjects for the year.

Posted by Katherine at 4:48 PM